He said, yawning…. “I like my 20 year old password! I’m a nice guy and not a tech billionaire. They’ll ignore me. I’m immune to hacks and my dog-name password is superhard to guess.” 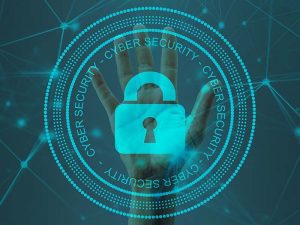 Cybercrime; one computer can hack 120,000 computers per day; every day. Now imagine an Uzbek warehouse with 2,000 computers working 24/7/365. Those five year old security systems are no match for new-and-improving intrusion strategies done by zom-bot-computers. Even if you’re a broke-ass Lazy-bones Jones with only $100 in your savings account, DON’T let them steal it. Digi-thieves stole $100 billion in six years. Millions of accounts have lost money. And even a few ‘grandma-grampa-nice-guys-not-tech-billionaires’ have lost millions…whole retirement accounts.

Entire bank and cryptocurrency accounts get drained overnight. Last year showed that $16 billion was taken from 15.4 million U.S. consumers. About $100 each…

MFA and TFA. (learn these). Multi-Factor Authentication and Two-Factor Authentication are the De Facto standard now. Just like with your bank, MFA/TFA will be used every time you insert a password, anywhere, for everything, and that most definitely will include your EMPLOYER’S network. Yes, your work network will have security measures just like your bank does, and that’s GOOD, because even if you only have $100, companies have more. And they have many users connecting all day long. With MFA/TFA you can put an app on your phone and get codes that way (called an Authenticator App, I use one). Or, you can get codes on your cell phone, but then you’ll give out your cell number more then you may want. And I don’t like that. Embrace the change, and don’t be an LBJ. Not ever.