IT Struggles of the Legal Marijuana Industry

Welcome to IPSOFACTO… a magical place of LOVE and I.T. in Downtown San Francisco! joy@ipsofacto.net

IT Struggles of the Legal Marijuana Industry

With large industries such as the legal marijuana industry, one would assume that the IT aspect would be easily covered based on advances seen around the world. However, that’s not the case and many states, even hospitals, are struggling to keep up with this quickly rising industry. For example, according to ZDNet, the state of Florida still relies on a basic Excel spreadsheet in order to keep their legal marijuana cardholders up to date. Although this industry has become a household topic and appears to be nothing new, it’s still in its infancy and the IT sector wasn’t quite prepared. This leaves the industry lacking, and in many ways, held back from growing more quickly. 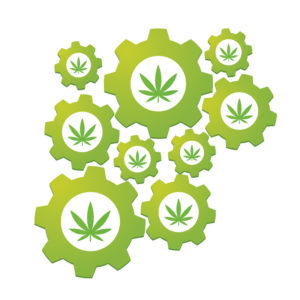 To the naked eye, it wouldn’t seem that there should be any issues where IT is concerned no matter the industry. With all the IT options and major advances that have been made in recent years, it would seem that should be the last thing on anyone’s mind. However, when digging deeper, it becomes shockingly apparent how bad the legal marijuana industry needs IT. For example, with a large industry comes a need for large financial transactions which can’t be trusted to just any little bank or system. However, as ZDNet points out, “…most regular banks that operate at a national level do not want to associate themselves with an industry that is still considered illegal at the federal level.”

Although this industry is legal, there is still controversy looming nearby which hinders the industry’s use of certain services such as the latter. Seems unfair but that is the nature of the beast which only proves further how young this empire still is.

Another con involved with the lack of IT in the marijuana industry is the processing of applications. Many states can take months to process new applications for cardholders simply because most processes for this sort of thing are still stuck in manual mode. There are no software programs to handle what the legal marijuana industry needs.

The term “there’s an app for that” has become commonplace in our society. That’s not the case within this industry. There’s no “app for that” when it comes to patients or users wanting to order or purchase more of the product. In fact, as of April, there was no electronic option at all in most of the states that allowed it. Clients had to either call and setup an order or go to a dispensary nearby. Although it’s not the end of the world, our society runs on technology and this industry is clearly being held back because of its lack of IT assistance.

At every level of the process for the legal marijuana industry, specific and specialized IT services are needed in order to run properly and efficiently. This means IT for financial transactions, distributing, application processing, patient tracking, sales, health departments to hospitals, etc. The list seems endless, and really, it is. The legal marijuana industry is rising and without the right IT, it could falter when really, it shouldn’t have to. As ZDNet states, “The medical marijuana industry is full of green pastures and greenhouses.” There are some major opportunities currently being missed in an industry that has a plethora of horizons to offer.