Mission-Critical IT For An Electronic Government

An LBE Certified IT Services Firm For Government Projects 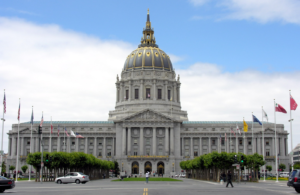 Nothing has changed the way citizens interact with the government on a federal, state, and local level quite like the Internet. Over the next couple of years, widespread internet access will completely shift the way Americans communicate with the government, hopefully allowing government agencies to work more effectively. Electronic-enabled government agencies are now able to offer citizens the ability to utilize their computers at home to apply for financial aid, renew their drivers’ licenses, and pay their taxes, no longer forcing people to wait in long lines and saving time and energy for all involved. If that isn’t proof enough of why the government at every level should continue to build their digital presence, studies show that Americans love the changes.

A survey of roughly 300 citizens and 100 business representatives published by the Momentum Research Group at Cunningham Communication Inc. in Austin, Texas, found that two out of three adults have used government services online to complete at least one transaction and were more satisfied with the web services than they were with more traditional government interaction. Electronic government can also help people be more involved in the political process throughout the whole year, rather than just during the election cycles. Americans can watch legislative or administrative proceedings digitally, allowing them to oversee and guide decision making outside of the polls.

What’s holding  government agencies back from fully launching digital services across the board? Security, privacy, and an overworked IT workforce that just can’t keep up. Luckily for ol’ Uncle Sam, IPSOFACTO’s Government IT Services In San Francisco can help with all of those issues. Our hard-working company can provide security and privacy with our malware and antivirus protection, layered DNS security, real-time onset and offset network protection, web filtering, and active directory integration. Additionally, with our award-winning IT services supporting the government systems, we can help ensure that while Congress might be having issues, the government agencies we are working with won’t be experiencing any digital government shutdowns.