Get Rid of The Scary Shadow IT

Get Rid of the Scary Shadow IT

When it comes to technology within a company, individuals and even entire departments may have a preferred program or two they like to keep around. However, within a company, all software has to be approved by IT which means that some preferred programs may not be available for use. This often results in unapproved programs being added to company computers which is what is referred to as “Shadow IT.”

Shadow IT doesn’t seem like it would be too big of a problem unless you start digging to uncover the implications involved for a company. CIO points out that one of the issues is that it, “Places development work outside their company’s firewalls, leaving company-sensitive data totally exposed.” Not to mention there can be software licensing issues, serious damages where e-discoveries are concerned, and more. At first explanation it doesn’t seem too bad, but Shadow IT can be a true liability. 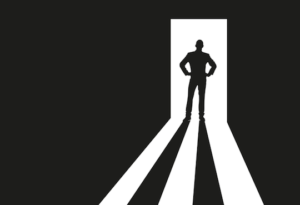 How to Get Rid of Shadow IT

The first step is understanding the issue. Running at the problem with anger and a fervor to get rid of it could, and will, most likely make the issue worse. It’s vital that a company figure out why users are bypassing IT in the first place. Are their needs not met to do their job? Is there a way to get things done more efficiently if another program were to be used? There are many reasons and all avenues need to be covered.

The second step is engaging with the employees and listening to them. Making them feel threatened will only make them clam up. Nine times out of ten, it will be found that they didn’t mean anything bad by their behavior, they were just trying to get their job done in the best way they knew how.

The next step is to make sure the IT department is covering needs and requests quickly and efficiently. If an employee has to wait two days every time an issue comes up, they will have to find a way around it or feel like they have no choice. Remember, they could get scolded for not being efficient themselves.

Lastly, be sure to educate everyone within the company about Shadow IT. It’s surprising that many don’t know they’re even involved in something that’s frowned upon. If they do, they may not know there is an approved route they could use instead. Knowledge is power and empowering employees will make them more efficient and the company much safer and less of a liability.

Steve Boullianne, Multiple post-graduate degrees, Mind/Body/Spirit enthusiast. 139 IQ & Mensa. Loves Skiing, Scuba, and Food. Steve’s First job out of college was programming satellites for AT&T. Founded IPSOFACTO in 1996, Y2K boom, e-Commerce super success, 2.1 boom. Steve is ready to Mediate high quality for all life, our one planet, and human kindness. Loves to dance and tell jokes. Steve believes that Excellent Communication is key to human success (and failure). Steve has 3 sons who are his STARS. They will carry the world into a brilliant future. Since 1996, Steve has been a volunteer drug and alcoholism counselor in the Bay Area. The power of the Great Spirit is in you. Steve is a good friend to have.